There’s No Wrong Way to Help Out Right Now 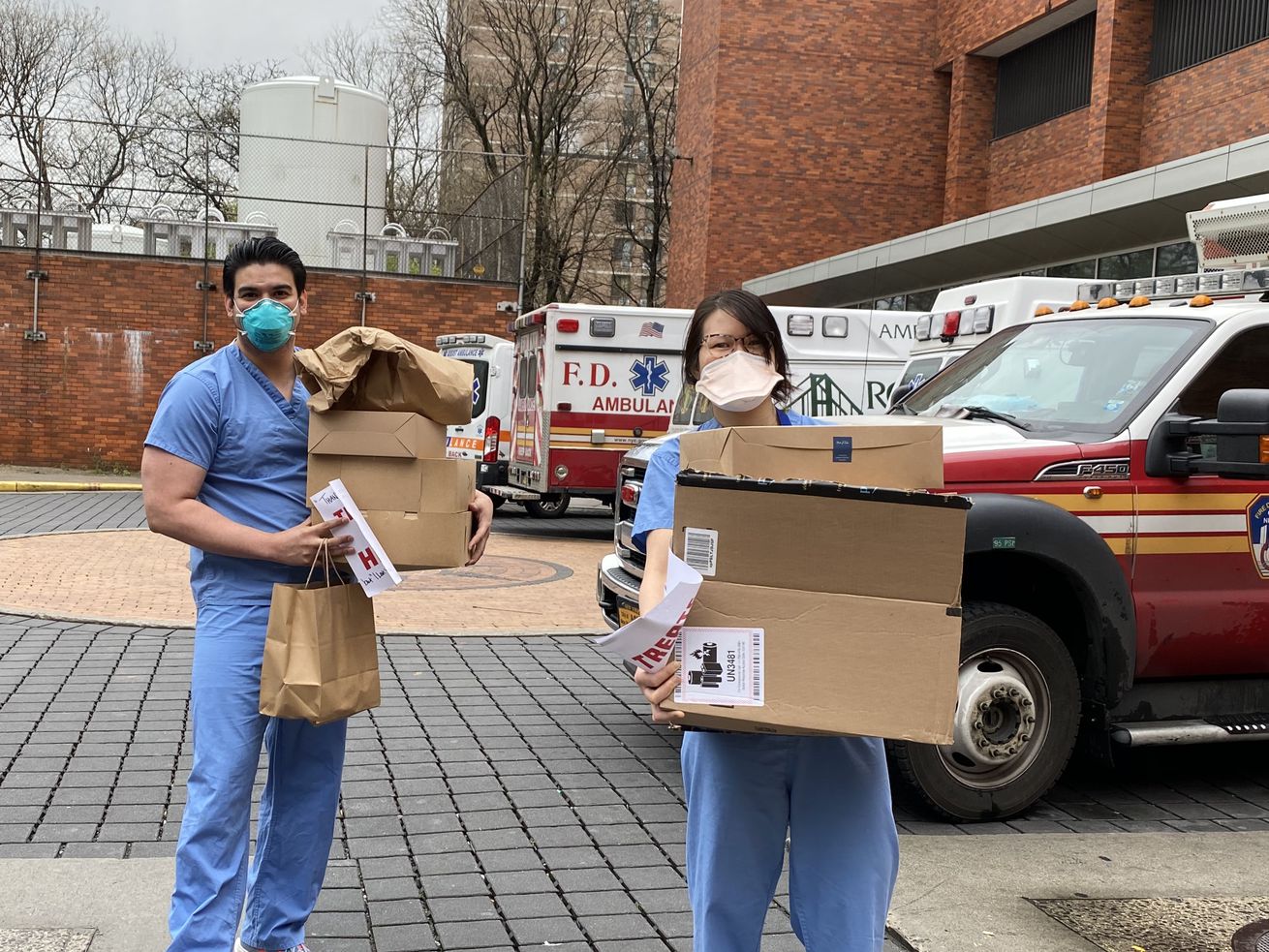 From the Editor: Everything you missed in food news last week

This post originally appeared on May 2, 2020 in Amanda Kludt’s newsletter “From the Editor,” a roundup of the most vital news and stories in the food world each week. Read the archives and subscribe now.

Last week, I helped my friend Melanie do some sweets drops at hospitals around the city as part of her Treats Help initiative. It was a nice way to spend a half day outside of my house, ostensibly spreading good cheer to people who need it.

To be completely honest, when I first saw all the efforts of people like Melanie and Frontline Foods and various other efforts connecting restaurant food to hospital workers, I wondered if it was the best use of time and resources. Shouldn’t we focus all our energy on feeding the poor and unemployed, the people lining up at the food banks? The healthcare workers need personal protective equipment, not brownies.

But after talking to people who are running these operations and reading feedback from doctors and nurses, I am very much on board. If doctors right now are our front-line fighters, if they are the troops in this war they didn’t sign up for, and a cookie from Mah Ze Dahr makes their day even two percent better, we should give them a cookie. If a rice bowl saves them from meal planning at home or figuring out grocery delivery, we should give them a rice bowl. In this time of isolation, it’s a small way to convey to these people who are putting their lives on the line for us that we appreciate them. And giving isn’t a zero-sum game.

Right now, Mel is trying a) raise more money to keep the project going, b) include more hospitals that might not be getting as much attention, and c) include more bakeries that might not be on her radar. We were discussing last week how, with a lot of these charity efforts that help the restaurant/bakery/coffee shop while providing for people in need, more often than not the known, connected chefs and owners are the ones included. It’s noble to participate in these efforts. It’s also a privilege to be able to. So if you know anyone I should connect her to, let me know (amanda@eater.com).

— On the reopening front, Texas restaurants can operate at 25 percent capacity as of yesterday; many Austin restaurateurs are not happy about it; and Dallas diners are already packed in their patios. Here’s the latest out of Atlanta, and casinos in Vegas are compiling 800-step reopening plans that include EMT teams, thermal cameras at entrances, and masks in every hotel room.

— While before we were worried about indepdendent restaurateurs getting access to stimulus funds, we should now worry about any of them even being able to spend it, given the unrealistic restrictions.

— Opening at a lower capacity is a death sentence for many restaurants.

— Many owners, including New York’s Gabriel Stulman, are saying they’ll go bankrupt if they can’t get rent relief.

— And if you think restaurants have it bad, imagine how hard it is to be a bar owner right now.

— President Trump is ordering the meat processing plants around the country to stay open, and the workers unions aren’t having it.

— While cities around the country loosen liquor laws to allow restaurants to bring in more revenue, New Orleans is taking an uncharacteristically tough stance.

— Amazon is extending its work from home policy until October, impacting restaurants that serve its workers in Seattle.

— If you miss the sounds of restaurants, consider streaming ambient restaurant sounds.

— Bill Buford fans should check out this excerpt from his new book Dirt, wherein he immerses himself in the culinary world of Lyon.

— This week I learned about Vietnamese egg coffee (cà phê trứng), which is somewhat growing in popularity in SF.

— How NYC’s Chinese food delivery services prepped for a months-long shutdown back in February.

— How social distancing is affecting Ramadan traditions this year.

— A novel way restaurants in Latin America are raising money to stay afloat: memberships where diners get special access to future tables for $20/month fees.

— And finally, we have a new staff writer (!), Elazar Sontag, and he wrote about chef Lucas Sin, who just so happens to be my favorite person to watch cook on Instagram right now.

This week on the podcast

Daniel and I talk to two different restaurateurs who actually got stimulus loans to hear about how (and if!) they’re going to spend the money. David Tobias runs a restaurant, coffee bar, and nightlife/event space in Lower Manhattan, and Naomi Pomeroy owns a restaurant and a bar in Portland, Oregon.

First attempt at eggs Benny and a homemade hollandaise, not usually one for cooking breakfast food.

A Starter Guide to Buying, Eating, and Cooking With Tinned Fish

What It’s Like For Houston Restaurants to Reopen Right Now