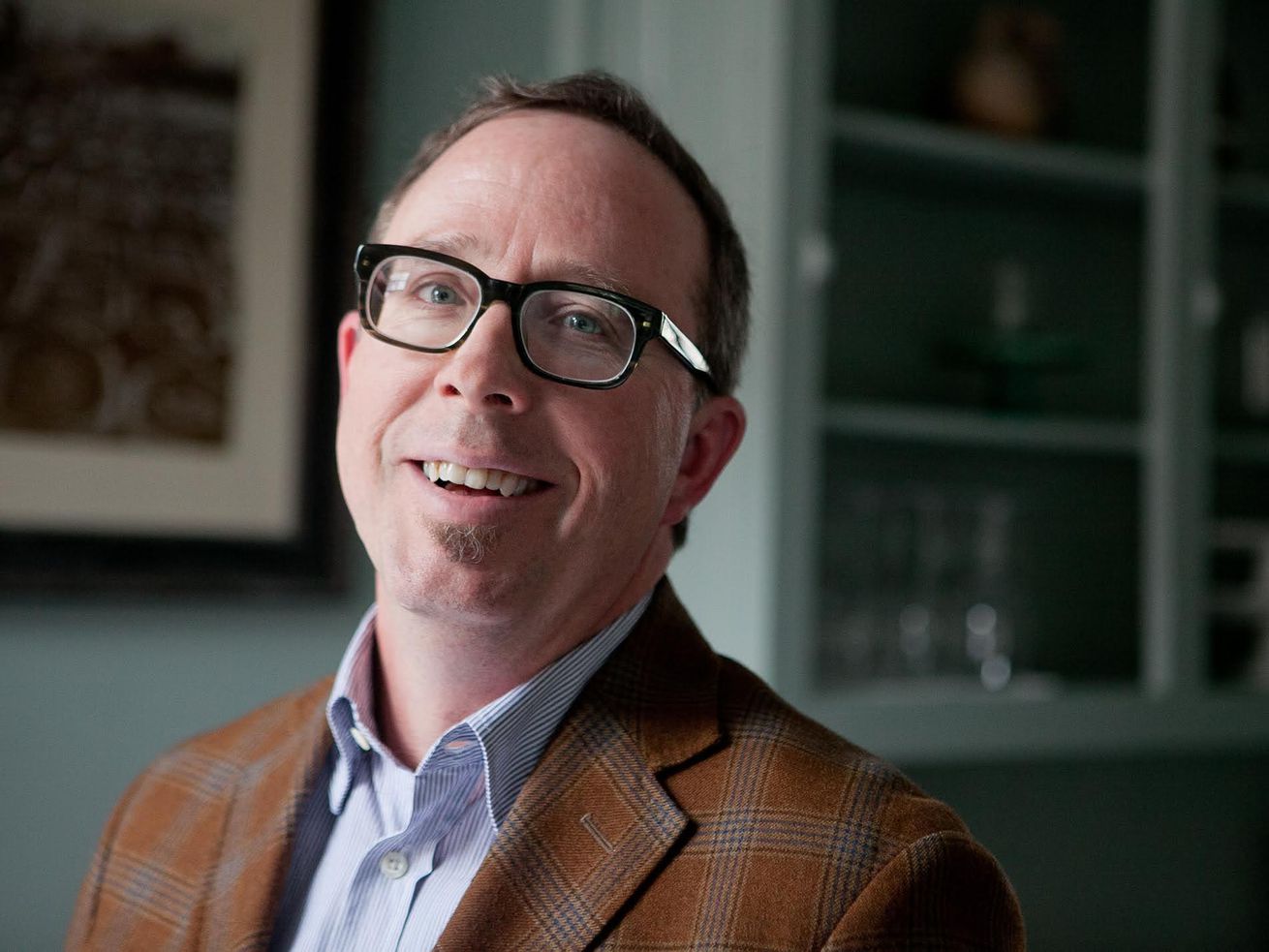 Internally and externally, John T. Edge is being called on to step down after suggesting that racial equity in food media is achieved through “gradualism” during a James Beard webinar

The Southern Foodways Alliance, since its founding in 1999, has become a powerful force in food media. The institute, based at the University of Mississippi’s Center for the Study of Southern Culture, is dedicated to documenting and exploring foodways of the American south, through events, awards, documentary production, virtual tours, and its journal Gravy. Since its founding, the SFA has been helmed by John T. Edge, author of The Potlikker Papers, whom Kim Severson in the New York Times described as “part scholar and part kingmaker, a conscientious white man in a Billy Reid sport coat who makes his living wrestling with the food legacy of a region built on slavery.” And now some are calling for his resignation.

On June 29, Stephen Satterfield, co-founder of minority-owned food magazine Whetstone, published a statement on Twitter, calling for Edge to resign, and saying there have already been both “public and private” calls for him to do so. Satterfield says Edge has “spent 20 years convincing us that he is…a type [of white man] who really understands,” but that recent statements in a James Beard webinar show “disillusion or disingenuousness” on his part.

Is the commitment to the mission or the position? Why John T. Edge of SFA needs to resign. pic.twitter.com/pcKjgdra9O

The webinar in question took place on June 17, featuring Edge, chef Tunde Wey, and Jamila Robinson in a conversation entitled “What is food writing’s role in a divided nation?” When asked about food media figures like Adam Rapoport and Alison Roman facing criticism for racist behavior, Wey said he’s “not impressed with figureheads losing their jobs,” and instead called for the whole system to change. He suggested that bastions of media power like Condé Nast should invest in things like Whetstone. “Take $10 million and invest it in this man’s company,” he said, to which Edge responds by asking, “Would you say backing Whetstone is a good business decision, too?” Wey answered that the question of “good” or “bad” is irrelevant, saying, “the question of what is necessary, that’s the one we should grasp at.”

Later in the conversation, Robinson asked Edge what organizations like SFA can do to bring about the radical change that’s needed for equity in food media. His full answer is below:

This statement has led multiple people to speak out and, in some cases, sever ties with Edge. Food writer Mayukh Sen, a 2019 Margie Samuels Fellow through SFA, tells Eater that as of Monday morning he was withdrawing his fellowship due to Edge’s comments. “I was disappointed with John T.’s recent statements regarding ‘gradualism’ during a recent James Beard Foundation webinar with Tunde Wey, moderated by Jamila Robinson, as a way of justifying his power,” Sen said. “With respect to the opportunities that the Southern Foodways Alliance has given me, Edge’s championing of ‘gradualism’ very much seems to be a way of preserving the white, male status quo he represents while further marginalizing female, Black, and/or brown voices. Unless the SFA’s leadership changes now (and my understanding, as of this morning, is that it will not in any substantive way), I cannot align myself with an organization that has left so many women and Black and brown folks feeling disrespected.”

On Twitter, Edge has responded to Satterfield’s statement, tweeting that he wanted to “continue the conversation” over the phone, and that he hopes positive change can come from this moment. Satterfield responded, “I absolutely will not engage in that labor again. This isn’t about us anyway. There are many more much closer to you, who you’ve harmed more directly who are calling for the same.”

I absolutely will not engage in that labor again. This isn’t about us anyway. There are many more much closer to you, who you’ve harmed more directly who are calling for the same. I am simply restating what is obvious and using whatever social capital I have to stand with them.

“The call for his resignation (not a demand) was so that I could publicly stand with the many WOC who have been saying this behind closed doors for years,” Satterfield told Eater. “When fellow board members, friends of several decades and Black and brown POCs you purport to be in community with are all telling you that you should hang it up, then seriously, why aren’t you listening?” According to Satterfield, there have been “several” calls for Edge to resign, including a letter that was circulated among those who had worked with him last week.

Satterfield told Eater that he chose to make a second statement after speaking to Wey about the webinar, and that he felt compelled to defend Whetstone Media from Edge’s comments and tone. “If there is one Black entrepreneur in your industry, one who is making it without investment, fame or wealth, if your reflexive instinct is to question the validity of an investment in that individual or organization (on a live stream with the most high profile org in the industry, no less!), I think that is something to look at. It is a subtle, but powerful kind of racism that belittles, tokenizes and diminishes,” he said. And while he expects it on some level from white men in media, it was surprising hearing his business being questioned by Edge. “I’ve known JTE since I was a baby, in my early twenties…so it was particularly hurtful coming from someone I had a real history with and who knew how hard I had worked to build my business,” he said.

On June 1, SFA posted an article called “SFA Takes a Stand,” in which the organization attempted to address the issue of racial inequality. “SFA aims to listen. The SFA stands with our colleagues and compatriots engaged in protest,” it said. “The Southern Foodways Alliance pledges to make change by taking antiracist stances and doing work that protects and values and uplifts our Black brothers and sisters.” It also said SFA’s founders were a “purposefully diverse group of Southerners.”

However, others have complained about SFA’s tokenizing or outright ignoring of Black writers and black chefs, especially galling considering the organization’s dedication specifically to foodways of the American south, which would not exist without Black people, and is so thoroughly tied to the legacies of slavery and anti-Blackness in America. On Instagram, Chef Kimberly McNair Brock responded to Satterfield’s statement with a story about Edge and SFA. “Almost two decades ago, when SFA came to Birmingham, our family business was one of the places on their stop. They asked us to host a brunch there. As a budding chef I was excited but things fell flat as it seemed to be more of a charity of sorts,” she wrote. “I had often hoped to connect in some way throughout the years for what we were doing on the southern food scene. But I only saw it happening for many white owned restaurants and even chain restaurants.”

The Southern Foodways Alliance told Eater that a statement on the situation is forthcoming, but regardless, Satterfield echoes Wey’s point that one person stepping down isn’t going to change much. SFA’s masthead is still nearly all white. “An organization on Southern food culture that puts Black folks on stage but not on payroll? And in Mississippi? No good,” says Satterfield. “The organization has done very good and meaningful work, but if they don’t make changes now, they are courting their own irrelevance.”

Food-Adjacent TV to Stream This Weekend, According to Eater Staff

I want to become chef….