A No-Fail Chai Recipe From an Indian Spices Expert 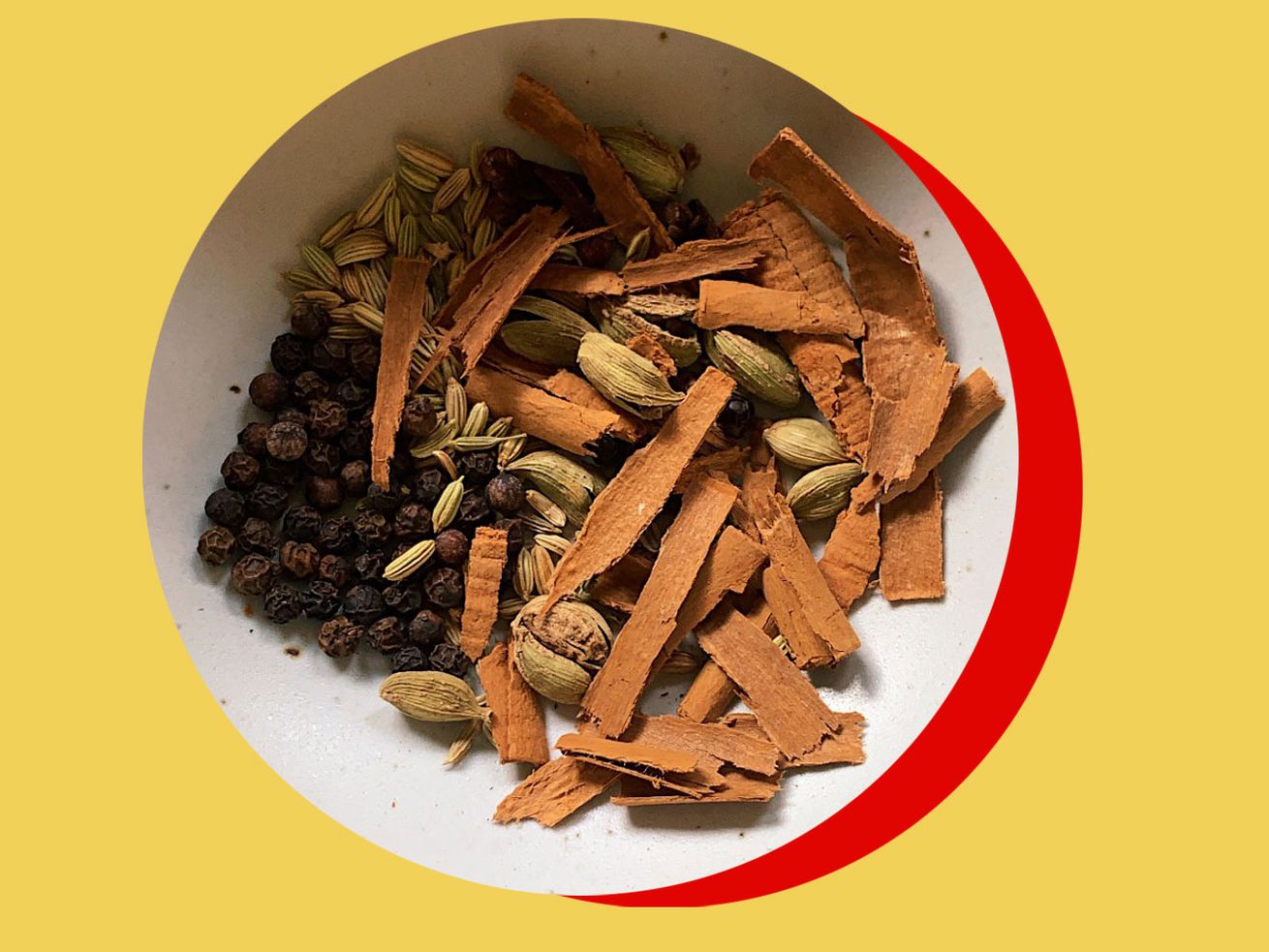 There’s no one recipe for masala chai. It typically involves a mix of spices — cardamom and ginger are common, but blends can include nutmeg, cinnamon, clove, peppercorns, fennel, mint, and other spices as well.

The founder and CEO of Diaspora Co. — a source for some of India’s best, single-origin spices — Sana Javeri Kadri uses ginger, cinnamon, and clove for a recipe she adapted from the masala chai at popular London cafe Dishoom. For Javeri Kadri, her at-home, oat milk rendition immediately transports her to standing at a street side stall in Bombay sipping freshly boiled chai. “I’ve tried it every which way and this is how I like it best,” she says. “Keeping the spices whole and giving them time to boil down and flavor the chai produces a stiff cup that isn’t too overpowering.”

As part of our Eater at Home series, Javeri Kadri demonstrated how she makes her spicy chai on Instagram. Check out the recipe below.

In a small saucepan, bring 1 cup water and the slices of ginger to a boil. While the water is coming to a boil, measure out your spices into a small bowl.

Once the water is boiling, add spices and 1 teaspoon of sweetener. Lower to a simmer for 3 to 4 minutes. Stir to combine if you’re worried about the sweetener burning on the bottom. Note: Your saucepan should smell divine right now.

Add room temperature oat milk and bring back to a boil. Now you’re just bringing to a boil and simmering and bringing back to a boil (imagine a sine curve) on repeat until you’ve got a texture that you’re happy with (you might be happy with it right away). Javeri Kadri likes a thicker, spicier chai so she simmers and boils around three times, about 7 to 8 minutes total.

For a more caffeinated chai: Add your tea bags with the milk and let the tea boil with the mixture. This will get a little bitter, but many folks crave that flavor! If you’re like Javeri Kadri and like a low caffeine chai, lower your heat and add the tea bag(s) for a minute right before you’re ready to take it off heat.

Strain using a fine mesh strainer and enjoy. The chai also keeps well in the fridge for a couple days and tastes great over ice, especially if you boil it down a bit more on step 4 to account for the ice diluting it.

* Note: Javeri Kadri’s recipe works best for non-dairy milk, like oat milk. When fresh ginger is mixed with cow’s milk at below 70 degrees celsius, the protease in the ginger causes the milk to curdle. So if you’re using cow’s milk, bring the milk to a boil in a separate saucepan and add it to the chai only once it’s boiling hot. This will prevent the milk from curdling.

Anyone use towels at home like they do at work?

Any tips or Tricks for Fast food/Deli cook? or equipment suggestions?